Disabled Dating Expert - How To Respectfully Communicate With Disabled People

How To Respectfully Communicate With Disabled People 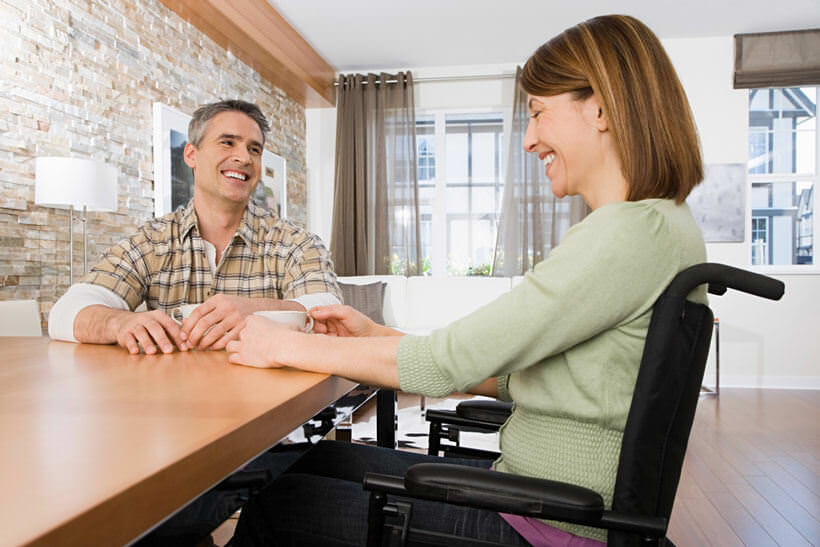 It’s ridiculous that in this day and age we even have to talk about things like the importance of being respectful and not offensive to people with disabilities – it should go without saying. But unfortunately, it doesn’t. Believe it or not, there are still people who refer to people with disabilities with such horribly offensive terms as “cripple,” “retard” or “slow.” Even those who are aware that such terms are incredibly offensive, and generally avoid them, make other, less noticeable but equally hurtful insensitive remarks, which reduce the person to their disability or make them feel less worthy.

It’s time we all learned to communicate properly and respectfully with people with disabilities, whether it’s someone you’re dating or anyone else. It’s really not that hard, we all just have to pay attention to them, their feelings and needs, exercise some empathy and common sense and follow a few simple guidelines.

We understand that you are curious but try not to ask too many questions about the disability and how it came to be. In fact, try not to ask anything in that department at all, until the person you’re talking to initiates that particular conversation. It’s incredible, but some people start asking about the disability right after the “Hello.” You can’t know whether the person you’re talking to is comfortable with the disability or not. It’s not up to you to decide and it’s not up to you to force them to have that conversation.

Don’t Talk Loudly or Slowly to Them

This one probably seems ridiculous because to most normal people it doesn’t make any sense, but you’d be surprised how many people actually do this. So, let’s just say it once again just in case – if a person is in a wheelchair, it doesn’t mean they are hearing impaired or cognitively impaired (note the terms we are using here). They can hear you and understand you just fine. Please, just use your normal tone.

Yet another one that should go without saying, but alas, needs to be repeated. People with disabilities are not here for your entertainment or your viewing pleasure. They are not animals in the zoo. Your staring makes them feel uncomfortable, even violated. Do not stare.

Introduce Yourself to a Visually Impaired Person

People who don’t see well find it very helpful to always know who’s around them. That way they have a better sense of their surroundings, which is important, since they can’t rely on their eyes alone. Because of this, it’s important to always introduce yourself before talking to a person who is visually impaired. You would probably do this anyway, but in this case it bears some extra importance.

Don’t Ask About Sex or Going to the Bathroom 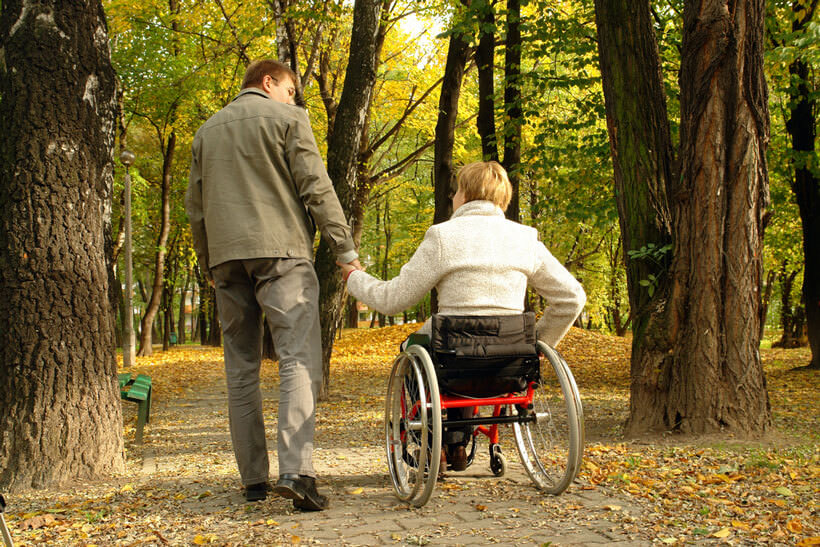 In case you’re not sure what patronizing means, it means lines like “Wow you’re so brave!” “Good for you buddy” and “You’re an inspiration.” Of course you mean well by saying that. You don’t mean to be offensive and you probably only want to make the person you’re taking to feel better. But it’s usually not how they perceive it. When you say things like that, a person with disability hears “I can’t believe how someone like you can even live normally” when all they want to do is to live normally. You don’t have to remind them of their disability and applaud them for simply being alive and not committing suicide.

This is very important because it’s part of the discourse that you want to be having with persons with disabilities. It’s the way of speaking that puts the person first, not the disability. Basically, instead of saying “disabled person” you say “person with disability,” or “he/she has autism” instead of “he/she is autistic.” Simple as that.

Most people with disabilities can take care of themselves, especially if you see then in a social situation. Otherwise they probably wouldn’t be there. That means they most likely don’t need your help, and if they do, they will ask for it. Don’t do anything unless you are asked to. Jumping to push someone’s wheelchair or help them get into their accessible vehicle will feel more like a violation of their personal space than actual helping.

Awareness and understanding are the best way to empowerment of people with disabilities and you definitely want to be a part of that. Keep learning, get informed, ask questions, respectfully, of course, and try to be part of the solution, not the problem. If you pretend these issues don’t exist, you will alienate people with disabilities even more. There’s no shame in not knowing something, only in not wanting to learn. 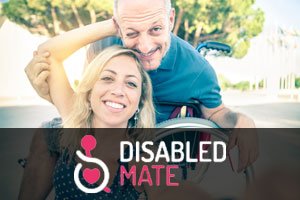 A smoothly-working, fantastic dating site for all disabled people willing to find their soulmates online. Members of Dating Mate are honest, interesting and simply amazing, and you can be one of them. 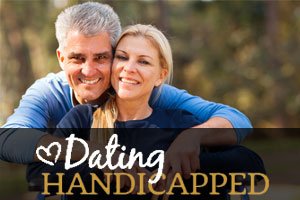 Dating Handicapped is an amazing, user-friendly, functional site for disabled dating. It offers you an opportunity to connect, flirt and chat with open-minded people, both handicapped and able-bodied. 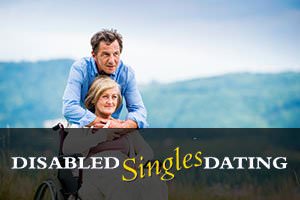 Online dating can be very serviceable for people with disabilities, and Disabled Singles Dating is one of the top sites for it. Use the great features it has to offer and find a potential life partner. 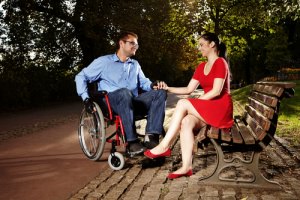 People with disabilities often look for love and companionship online. In order to make the search easier, we’re introducing a list of the best disabled dating sites. All you need to do is join.